It was a bright and sunny afternoon on 12 February at the Senior Staff Mess where seven officer cadets and MWO Corneau from the RMC Expedition Club were presented with commemorative coins for their journey to Mount Kilimanjaro in December.

At the request of members of the Class of 1969, 7897 Gilles Langlois had the honour of presenting the commemorative coins purchased by 8198 Rick Wright to the officer cadets for their leadership and determination shown throughout their journey.

7897 Gilles Langlois greeted the crowd of fellow Kingston Branch members, RMC Foundation Vice-President 15946 Jill Carleton, RMC Commandant 18777 Sébastien Bouchard and wife 19619 Karine Chayer along with other guests, with a brief background of how the Class of 1969 became involved in fundraising for the Kilimanjaro trip.

A copy of his speech was made available and is below:

“It is my pleasure today to present commemorative coins to the members of an exceptional team from the College on behalf of the RMC Class of 69 which has been a strong supporter of this team.

You might ask how I was selected to make this presentation. A classmate of ours from Calgary, Rick Wright, purchased these commemorative coins and since he could not be here today, he asked Mike Johnson from Ottawa to make the presentation. Why Mike? He was very involved in coordinating our Reunion Weekend last September and introduced us to this team. Unfortunately, Mike could not be available today, so he asked Keith Orton to do it although Keith did not think that he could do it. Today, Keith is in Costa Rica; so he asked Tom Epp to do it. That was fine until two weeks ago, when Tom got work in Vancouver and could not be here. You guessed it, Tom asked me and since I did not have an excuse, here I am. So as you see, I was not the first choice to have the honour to make this presentation.

But today is not about me, it is all about this team of dedicated officer cadets and their supervisor MWO Corneau who realized their challenge to conquer Mount Kilimanjaro in Tanzania over the Christmas holidays.

Following two years of planning, fundraising and training, the team left Kingston on 18 December and after several days of arduous climbing, found themselves on top of Uhuru Peak, the highest point of the mountain, on 27 December 2019, at a height of 5895 m (for people of our vintage that is 19341 ft; sounds much higher!).

The highlight of this climb for the Class of 69 is that while on top of this peak, the team took a picture with the RMC flag that we gave them last Reunion Weekend. Members of the team are here today with us, all smiles and rightly very proud of their accomplishment. They will tell you more about their adventure during their presentation after lunch.

A word about the commemorative coins

Rick Wright met Johann Jeppe a veteran of the South African Army who is now a Canadian citizen and works with the Veteran Association Food Bank in Calgary. Johann was raising funds to support his climb of Mount Kilimanjaro and the food bank by selling these commemorative coins.  Rick thought that they would be a very appropriate memento for the members of the RMC team as the coins show the profile of a soldier and Mount Kilimanjaro on one side and the logo of the Veteran Association Food Bank on the other.  By the way, Johann left Calgary on 23 October to launch on his expedition to climb the mountain. Unfortunately for him there was heavy rain in the area causing mud slides and the local authorities did not allow climbers on the mountain. Johann vowed to try again later on this year.” – 7897 Gilles Langlois

Members of the RMC Expedition Club include:

After the presentation of the coins to Expedition Club Members, OCdt David Guerrero thanked both the Class of 1969 and the RMC Foundation for their help in realizing this goal.  He mentioned that during the 2018 Legacy Dinner he met 7761 Mike Johnson and asked for his help to get the ball rolling on this type of an expedition.  Before everyone broke for lunch, the Kingston Branch presented the RMC Expedition Club with a donation to use for future expeditions.

Thank you to everyone who supported this leadership initiative and allowed our future leaders to achieve this extraordinary goal. 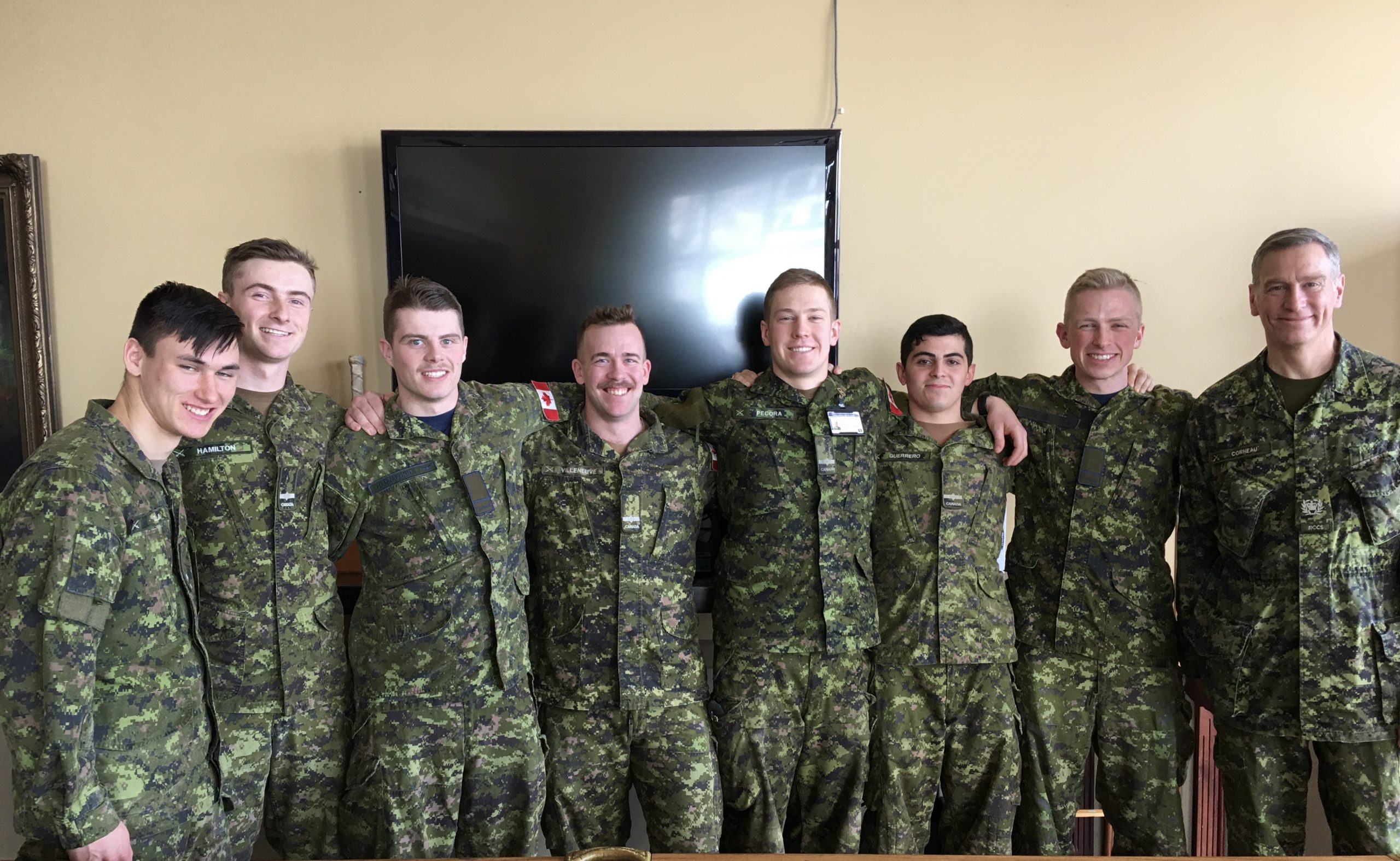 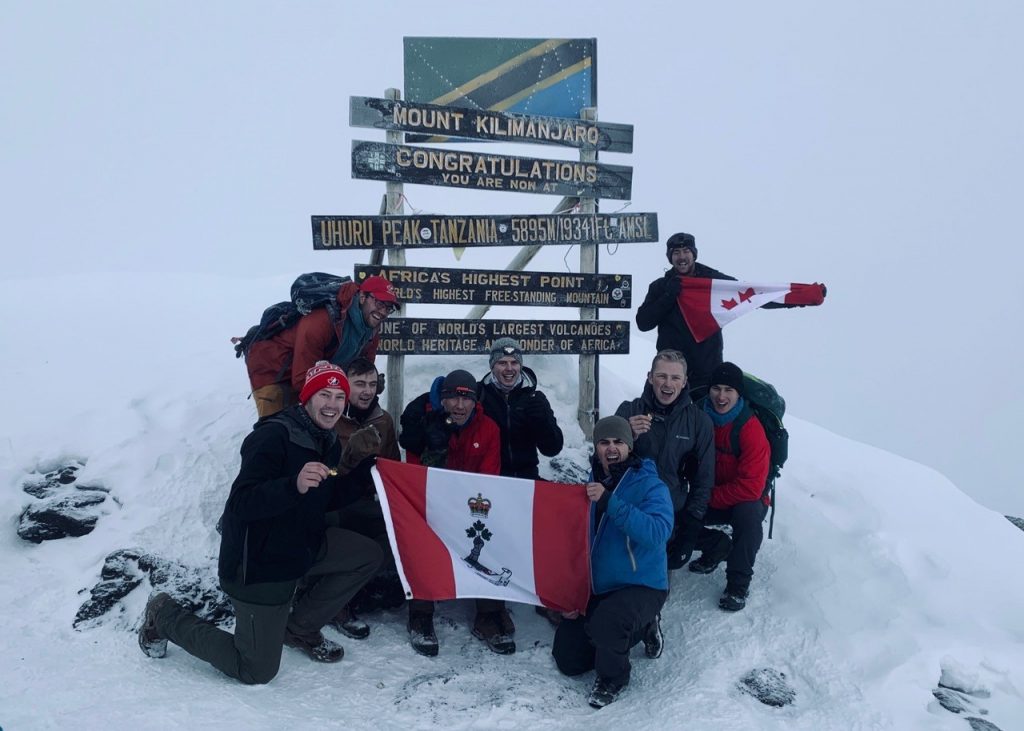 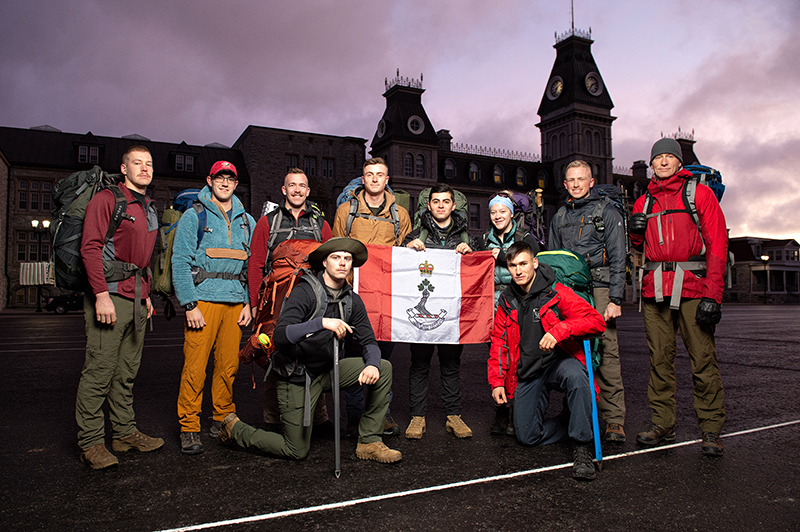 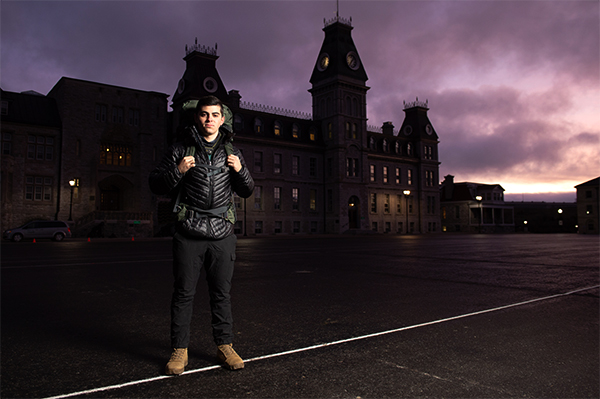 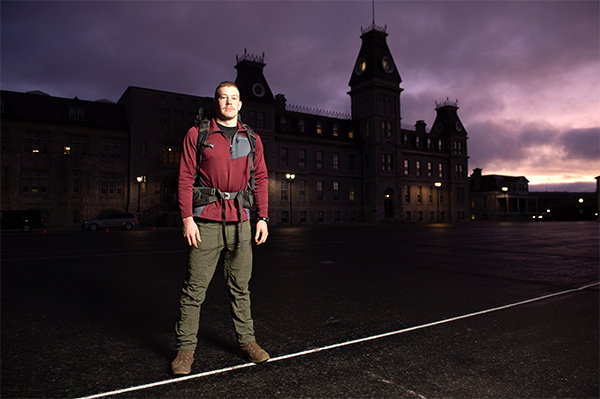 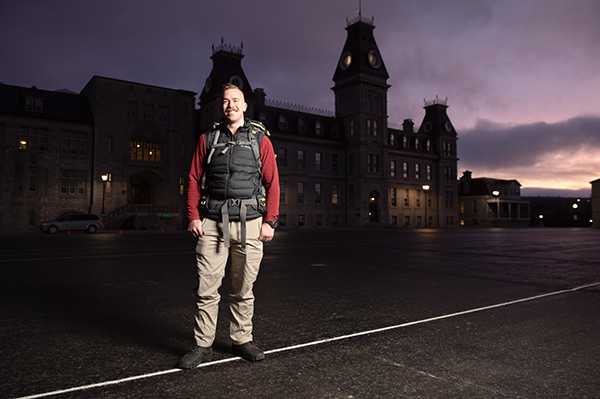