In February of this year, I had the privilege of joining 27 Officer Cadets and 1 Naval Cadet and staff on a whorl-wind tour of the WW1 and WW2 battlefields of France and Belgium. The focus of the tour was on visiting sites where Canadians fought and some of the cemeteries that dot the countryside.

For those who may not be aware, 5586 Ian Mottershead, through the RMC Foundation, sponsors this tour for the cadets on an annual basis. I was invited to join the tour, at my own expense, and of course I said “oh yeah! Count me in.”

Each day of the tour was filled with history and at times emotion as we visited the various sites. This was not exclusively army focused as we heard presentations from both staff and cadets on the role of our soldiers, sailors and airmen. The weather was cold and windy and at times wet. We could only imagine how it felt fighting in this weather so long ago. There were times I felt that I could hear the voices of those souls who had died on the battlefields.

For me, there are too many highlights to list them all so here are just a few:

I was pleased to have the opportunity to share some of my experiences and I hopefully represented the ex-cadets and Foundation well. I was honoured when asked to read “In Flanders Fields” at the site of John McCrea’s field hospital. I also surprised myself when I met the challenge of my fellow 3 Squadron mates to join them on top of a Sherman tank for a photo. Climbing up was the easy part; it was getting down that I needed help.

I have done many group tours in the last 30 years and this one was outstanding in all aspects. Kudos to Dr. Brushett and Ms. Robertson and to all those others who contributed to the success of the tour.

Why the Blue booties tour? Well, you will just have to contact the Foundation and arrange to join the 2021 tour. 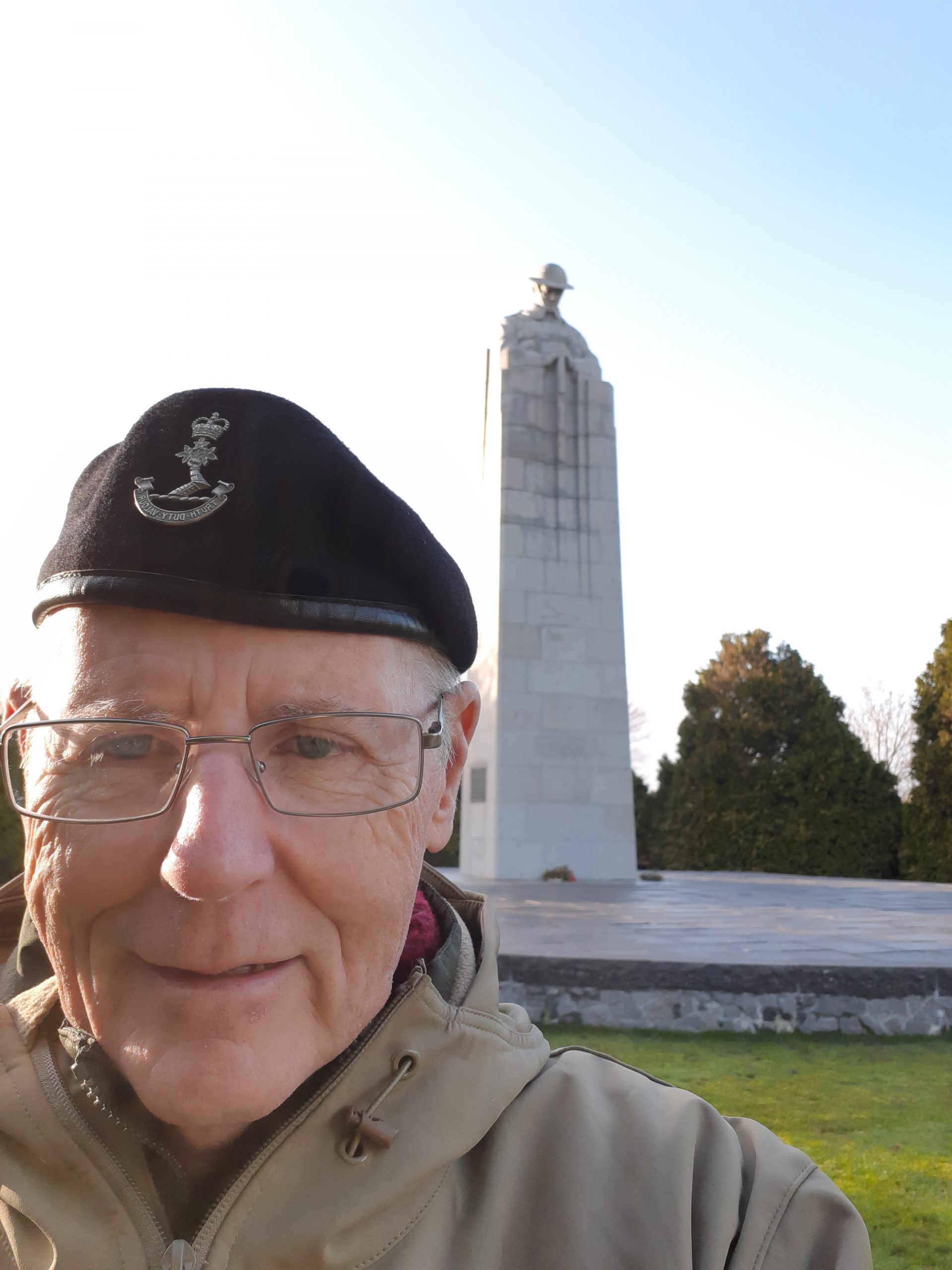